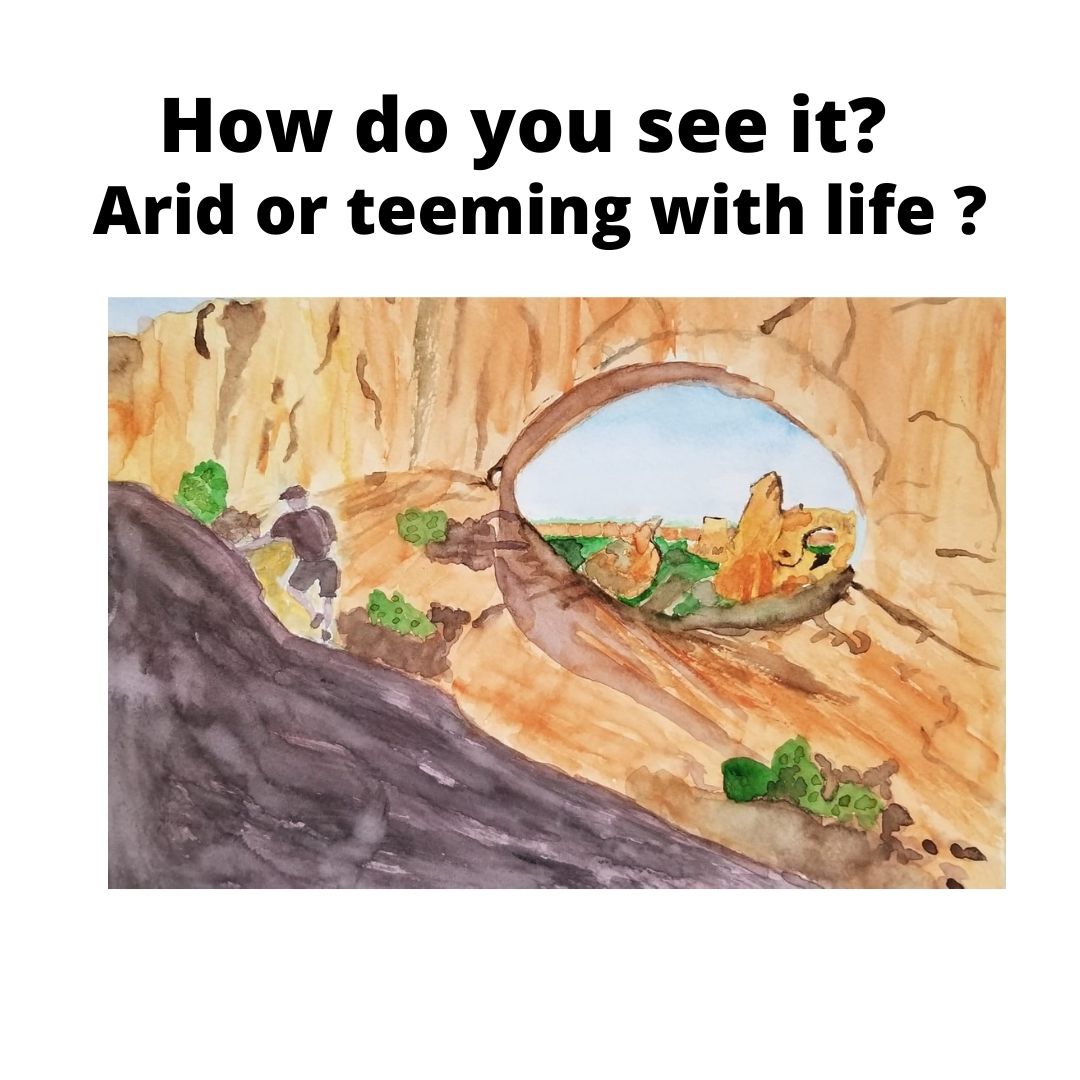 A Course in Miracles reads, “Appearances deceive, but can be changed. Reality, is changeless. It does not deceive at all, and if you fail to see beyond appearances you are deceived. For everything you see will change; and yet you thought it real before, and now you think it real again. “(T-30.VIII.1.1-4)

And what are appearances, and what is reality? For the Course, what you see from your ego-mind are appearances since you can see a situation or a person in one way today and tomorrow in another. What is real never changes. Your real self is that part of you that knows that it has never separated from God. Reality is love, wisdom, compassion. Appearances are the product of judgment, of your perception of the moment. That is why it changes.

I’m going to give you a life situation so you can see it live and in full color. You project what you think outward and it’s what you know as the circumstances of your life. You see them and feel them as if they were real but if you change your way of thinking, tomorrow you will see them differently.

You have an appointment at 6 pm with your boyfriend whose cell phone ran out of battery. When he leaves to pick you up, he finds an accident on the road and he can’t call you to warn you. He arrives at 7 pm to pick you up.

All that time you’ve been furious because, at some level, you felt like you didn’t deserve him to call you. You aren’t going to see it that clearly because it’s in your subconscious but that’s the reason you are reacting like this. You think that he is inconsiderate, that he doesn’t love you enough, and many other thoughts that make you unhappy. When he comes you insult him without letting him speak. And you are sure that you have every reason to feel that way and to react as you are doing.

When he manages to explain what happened, you feel very badly for having reacted like that. Now you see the same event differently. What you saw, which was real to you, were only appearances that arose from your perception of the situation.

Reality is unchangeable. If instead of seeing the situation from your negative thoughts you had seen them through love, no matter what happened you would’ve been at peace at all times. You would’ve thought that your partner is a being of love and nobility and that if he didn’t arrive on time it had nothing to do with him or with you but with some circumstance beyond him. You wouldn’t have judged him and when he arrived you would have been in total love since that’s your true nature.

If you practice seeing things from love instead of from your mistaken perceptions, each time it’ll become easier and you’ll have many more moments of peace. You’ll be much more frequently in the reality of your being, which is love, rather than in the perceptions of the ego, which is fear. Try it.